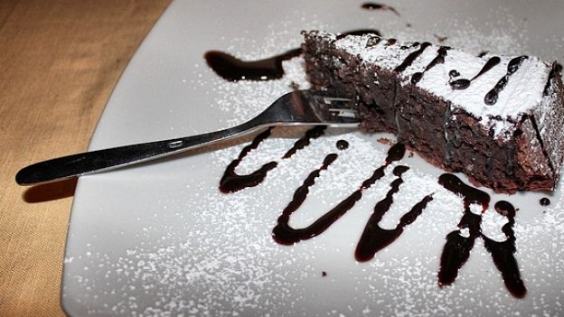 The Caprese Cake is a typical Neapolitan cake, from the island of Capri: it is made with chocolate and almonds and no addition of flour (which makes it suitable for people with celiac disease).

Is rather low, crisp on the outside but moist and soft inside.

Are you a chef, working in catering or just a fan of traditional campania cuisine?

Propose your recipe and attach a nice picture of your creation, the best will be posted on our website and can be viewed by thousands of people!

I want send my recipe now!

Learn the tipical Italian and Neapolitan cuisine during your stay at Villa Pane in the Sorrento Peninsula.

A school of traditional and authentically genuine

The Limonaia is an oasis of greenery located in the heart of Sorrento that offers cooking lessons, Lemon Tour and is also a Home Restuarant

Cooking school where Neapolitan gastronomic arts and traditions are handed down. Lessons take place in the Hotel Alpha, Sorrento Coast.

Unconventional Sorrento is an elegant structure located in the historic center of Sant’Agnello, where you can enjoy a relaxing stay.

The Savoia Hotel is a small family run three star hotel, located in a quiet area in the historic center of Sorrento.

Maison Tonina is a welcoming guest house located in Sant’Agnello, with large rooms equipped with all comforts to spend a relaxing holiday

Private tours in Sorrento, Positano, Amalfi and many other famous places in the Campania region aboard the iconic Fiat 500 Vintage

Excursions, transfers and tours for the cities of Italy to competitive costs indeed.